skip to main | skip to sidebar

The Culture of Pink

Do you know how hard it is to find anything that isn't pink for your little girl? From day one girls are forced into the culture of ponies and fairies and pinkness. Parents become eager to buy into it too it seems, probably because it is what is deemed to be 'normal'.

Recently I stumbled on Heelarious, a site where you can purchase high heeled shoes (made of foam) for your newborn, to help them get that 'shoe fetish' underway. I can see the amusement factor in them. But mostly they just make me cringe.

Why? Because it is another step towards the indoctrination of the culture of pink.

The shoes, the clothes, the fantasy pink bedroom with the dreams of handsome princes, the bras and undies sets for tweenies, the early sexualisation of girls, the hero worship of such worthy icons as Paris Hilton, the springing up of Playboy shops (anyone want a t-shirt for their daughter with 'made for men's entertainment on it? No? Well actually, yes it would seem) and general acceptance of the Playboy label (bed linen for single beds in pink playboy bunnies - bought by parents for their young girls. Do they think it is funny?) are all part of the same thing.

It worries me that if you ask young girls who they admire and who they wish they could be like, they are likely to say Paris Hilton or someone similar. Children have always had dreams - there are plenty who would also say Hilary Duff or Miley Cyrus I am sure, at least they are dreaming there of being a singer or an actress. But we are creating a pathway that leads directly to a person who is famous for doing very little except being a society girl.

I am sure that Paris Hilton is in fact a perfectly intelligent person who does a lot of things behind the scenes. (Her recent video mocking the republican candidate points to a good wit). But it not those things that make little girls want to be her (and older girls attempt to be her).

Little girls can wear pink - and should wear pink if you want them to or they want to. There is nothing wrong with loving butterflies, and pinkness and fairies and castles and dreaming of girliness and having big eyes staring up at people. It jsut shouldnt be a career option.
Posted by Undomestic Goddess at 6:38 PM

Since the magazine wasn't doing too well they started a clothing line (Playboy I mean), and they found a market in young girls. Imagine that all the girls buying playboy wallets/keychains/shirts/et al, are actually using their money to subsidise their brother's mags.
It's just commercialism at its most disgusting.

Perhaps little girls should get into 'Pink' the artist instead of pink the colour. It's marginal, but I think it's a step up from paris hilton.

When I found Dr.Wealthy I was in desperate need of bringing my ex lover back. He left me for another woman. It happened so fast and I had no say in the situation at all. He just dumped me after 3 years with no explanation. I contacted Dr.Wealthy and He told me what I needed to do before he can help me and I did what he told me to, after I provided what he wanted, he cast a love spell to help us get back together. Shortly after he did his spell, my boyfriend started texting me again and felt horrible for what he just put me through. He said that I was the most important person in his life and he knows that now. We moved in together and he was more open to me than before and he started spending more time with me than before. Ever since Dr.Wealthy helped me, my partner is very stable, faithful and closer to me than before. I highly recommend Dr.Wealthy to anyone in need of help. Email: wealthylovespell@gmail.com. Call him or add him on whatsapp via: +2348105150446 Dr.Wealthy BLOG PAGE: Blog: https://wealthylovespell.blogspot.com

What is a Real Mummy?

Sometimes it seems that society expects all mums to be perfect. So I thought that I would write about being a real mummy, rather than being a perfect mummy. Real mummies make mistakes, learn new things everyday and aren't afraid to do either!

In the end it all comes down to loving our children and doing the best we can - that is real! 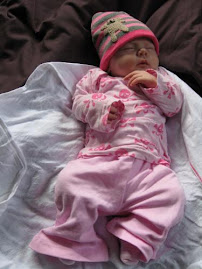 My reason for staying home!